One man named McArthur Wheeler had a light bulb moment. He came up with an even better alternative to the mask. By better, I mean better in his mind.

So, what could possibly be better than a mask you ask? (Trust me, you might wanna take a seat for this one).

In his “light bulb” moment, he made this “groundbreaking” connection: Lemon juice can be used to make invisible ink. So he figured that if he smeared his face with lemon juice, his face would be invisible.

Please keep in mind that we’re talking about a fully grown 45-year-old man. 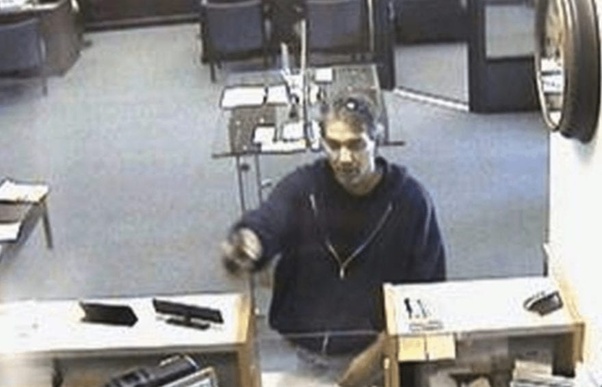 With a face smeared with lemon juice and sore eyes, he went on to rob two Pittsburgh banks in broad daylight.

Don’t worry I have a face, It’s just invisible. Now put the money in the bag

He was genuinely convinced that his face was invisible to the extent that when he walked out of the two banks he robbed, he smiled at the surveillance cameras. He left behind what was a full face reveal and a couple of smiling shots, making it very easy for the police to track him down.

To his surprise, the police showed up at his home later that night where they showed him the surveillance tapes prior to his arrest. After seeing the tapes , he was in such a state of shock and utter disbelief that he mumbled: